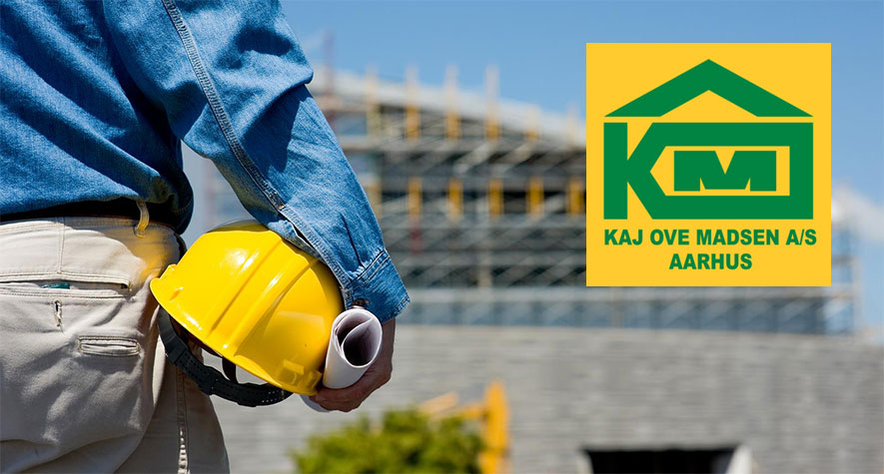 Always having access to the original material makes it easier for customers to make the most of their opportunities as regards operation, maintenance and any subsequent extension and/or remodelling.

When major construction projects are concluded, the contractor typically hands over the drawings and large volumes of technical descriptions to ensure the construction clients can handle the subsequent operation and maintenance. Unfortunately, it is not uncommon for material to be lost and for key employees to switch jobs, such that in just a few years, the extensive experience that had been built up is spread to the four winds.

This is a situation the Danish company Kaj Ove Madsen A/S Aarhus plans to deal with before it becomes an issue by using their project web solution from Byggeprojekt.dk:

“In addition to our using the system to keep track of data, drawings and deliveries during the tender and construction phases, it also gives our customers and partners a greater sense of security to know that we maintain an archive of all relevant drawings and associated project material,” explains Søren Hansen, Project Manager at Kaj Ove Madsen A/S Aarhus.

Ready for remodelling and extension

If, several years after a building was completed, the owner wants to build an extension, it can be extremely costly and complex to have to start again from scratch. Here, too, the archive serves as an extra safety net for the customers:

“There’s no need to reinvent the wheel. When the project material still exists, it’s only logical to call it up again so you can get off to a good start,” says Søren Hansen.

Chosen for its user-friendliness

Kaj Ove Madsens A/S Aarhus chose Byggeprojekt.dk as the supplier of its project web because the solution is simple to use and features great flexibility – while enabling the company to maintain consistency from one project to the next.

“We wanted something that worked irrespective of whether you have to create one or a thousand sub-folders for a project. In this respect, Byggeprojekt.dk was the perfect match”, explains Søren Hansen.

Used on several large, ongoing projects in and around Aarhus, Denmark

Kaj Ove Madsen A/S Aarhus is currently working on several major construction projects, using the Byggeprojekt.dk project web to manage the processes. These include, for example, the 100,000 m2 construction in Risskov Brynet – that principally comprises housing – and a 35,000 m2 project centred primarily on commercial premises in the Pakhusene buildings. In addition, Kaj Ove Madsen A/S Aarhus is working on converting the Æggepakkeriet building into approximately 13,500 m2 of leased premises – also mainly intended for housing.

“A good platform for handling development, project planning and execution – with all history stored in one place”

Stay up-to-date with new systems for the construction sector